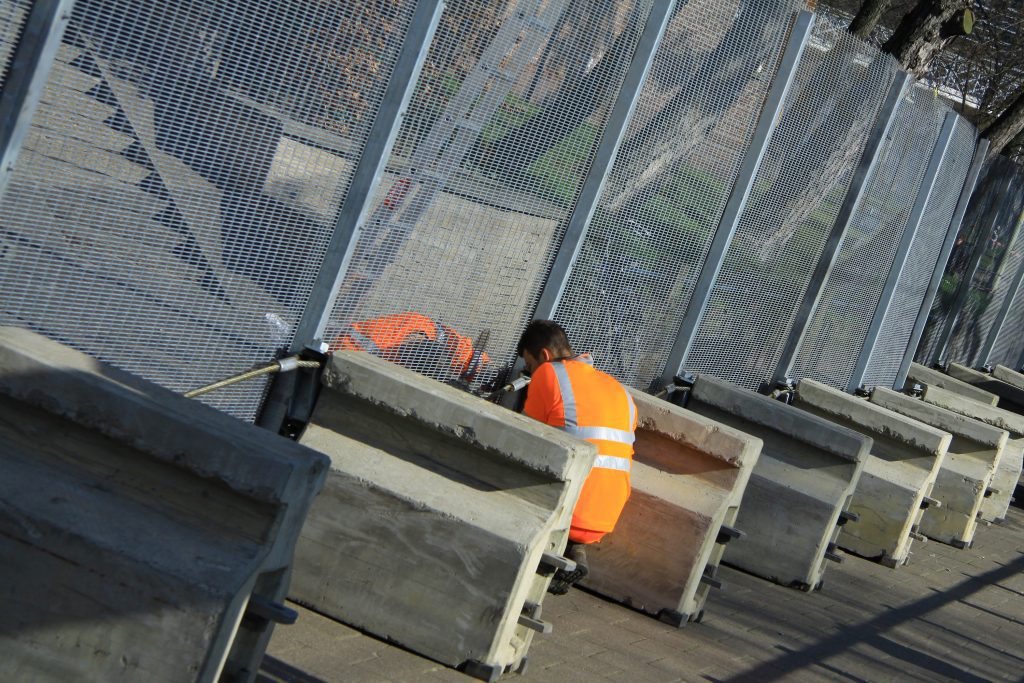 There’s rarely anything so uplifting or designed to instill waves of pride as a ringing endorsement from an unexpected and independent source with nothing to gain from the praise.

So it was last Friday when our boss shared a letter he had received from the Chief Inspector of the Dutch police in The Hague.

Zaun had earned high praise and an expression of thanks for its ‘outstanding job’ on security measures for the Nuclear Security Summit (NSS) in The Hague from the commanding officer responsible for security at the summit.

He wrote: ‘During the construction and dismantling of fences and barriers, your employees made every effort to meet all kinds of wishes, demands and requirements. This resulted in an effective and outstanding product.’

Zaun, working with Hardstaff Barriers and Highway Care, had designed, manufactured, installed and decommissioned the temporary high-security cordon around the summit, which included 13 gates and almost 3km of fencing, much of it designed to mitigate attack by hostile vehicles or protesting mobs.

Debates within the security cordon – 1.8km of our SecureGuard and 1.1km of our RDS Rapid Deployable System – focused on how to lock up the world’s nuclear materials more securely so they would not be so easy for terrorists to steal: a field again where we have experience in securing the nuclear industry.

It would seem we continue to enhance our growing international reputation as the go-to company when world leaders gather and their protection needs to be guaranteed.

Last year we provided the same service for the G8 Summit in Northern Ireland and the influential meeting of world leaders and the world’s commercial, political and financial powers at the Bilderberg conference at The Grove in Watford.

And in 2012 across the UK, we installed 30km of fencing to secure the London 2012 Olympics including VIP emergency gates at the Olympic Stadium which were dubbed the Obama Gates, in case of attack during the highest-profile and most sought-after events, such as Usain Bolt’s historic 100m gold medal triumph.

And I know of at least four more events this year where we’ll be in the background ensuring the safety of VIPs and the public alike. But, with the nature of security, you wouldn’t expect me to tell you where until after the event!