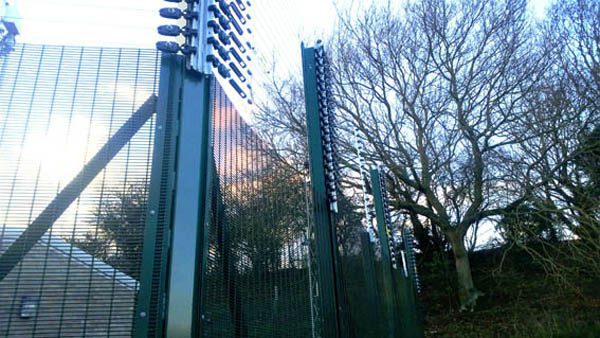 A power substation in East Anglia has upgraded its perimeter security with closed circuit television, high-security mesh and electric fencing.

The UK Power Networks substation is part of the network that generates power from the North Sea gas fields.

Newall approached perimeter security systems specialist Zaun to design, manufacture and install a bespoke solution to secure the site with an £80,000 contract.

Zaun had to devise three 5m-wide double gates, two of which form a ‘vehicle lock’, developed especially for the site, with specially-cantilevered outward-opening secure hinges that are completely hidden from outside the gates. The perimeter consists of Zaun’s HiSec Super6 security fencing, which uses a popular ‘358’ welded close mesh configuration that makes it difficult to climb or cut with anything other than power tools.

Zaun added heavy duty 15mm thick base plates throughout with anti-tamper flanges on anchor bolts to secure the fencing to the ground, while the 3.2m high fence top was topped with Gallagher’s electric fencing to create a system of 4.4m height in total.

In addition, the site now benefits from automated CCTV cameras around the perimeter to further discourage would-be intruders and provide early warning to security patrols of any attempted breach.