1.2-metre Electric Perimeter Fencing topping systems provide security and protection to the perimeter of many of the country’s key infrastructure sites.

The construction of the electric fence topping system creates a mighty psychological and physical barrier to overcome.

The electrified perimeter security system, fully evaluated and proven also to meet the demands of high-security installations. Each detection zone is available to address and individually arm with high voltage deterrent pulses or fully monitored in low voltage mode.

The electric perimeter fencing topping, also available to be installed as a standalone system or controlled and monitored on their own secure bus network or easily interfaced with a third party security alarm monitoring system. The systems are zoned following the site operational requirements or CCTV zone specification requirements for remote monitoring and alarm verification.

The special construction of the electric fence protector barrier for high-security applications enables 50mm spacings between the HT wire grid. Combined with additional components to make it extremely difficult to penetrate, climb or negate the high-security barrier.

Electric Fences will give would-be trespassers a shock

Electric fences effectively discourage any attempt to trespass. As well as preventing access, the electric fence can also detect attempted access, setting off alarms and notifying the police. Added onto other Zaun security fencing products, electric fencing can provide a high level of perimeter security. 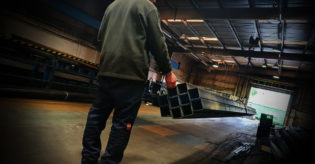