The Grata grating fencing solution has been used at two sites on the Queen Elizabeth Olympic Park – the ArcelorMittal Orbit and the former hockey venue at Eton Manor, now transformed into the Lee Valley Hockey and Tennis Centre. Zaun has designed a mesh grating system that can be suitably adapted to various applications, from perimeter fencing to cladding and handrails. Grating fencing is perfect for the modern environment and provides sites with a more aesthetic and contemporary appearance.

The grating fence system consists of a combination of bearing bars and filler control bars running in both directions that are pressed and welded together in one process in a pressure welder to give the Grata system maximum strength.

All products are hot-dip galvanized and available powder coated in any colour. In addition, the system comes with optional sliding and swings pedestrian and vehicle gates to fit the environment in which the fence line is placed.

Looking for a grating style fencing system for your facilities? Contact Zaun today. Zaun can design and manufacture bespoke perimeter fencing systems at their purpose-built factory in Wolverhampton in the West Midlands. 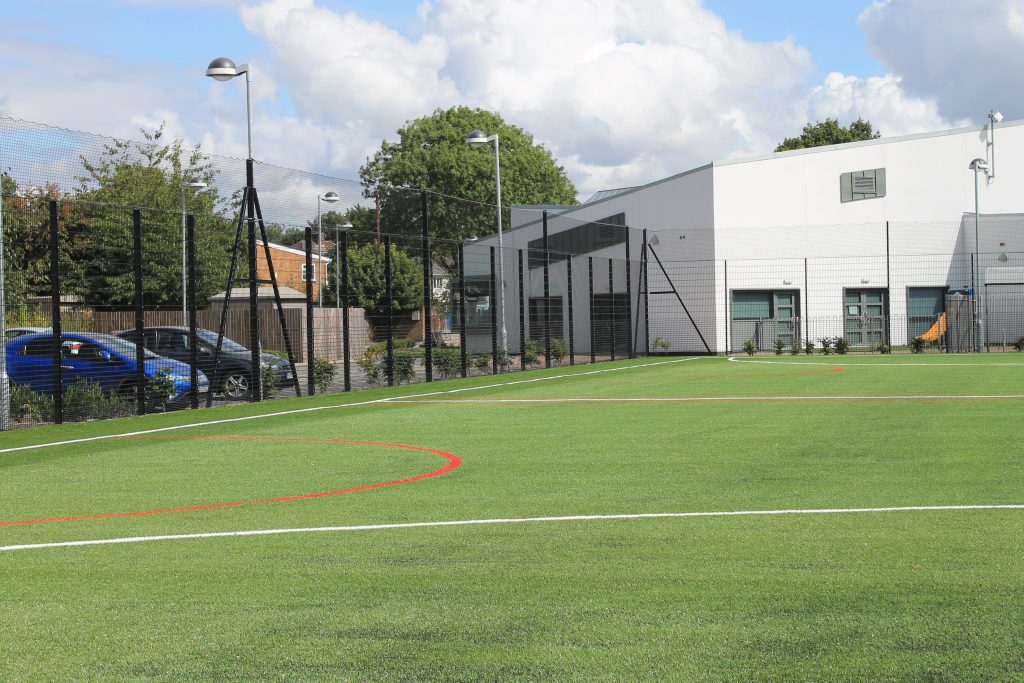