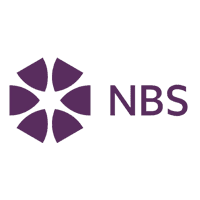 Zaun’s Optima paladin style mesh fencing is designed as a contemporary and non-threatening perimeter fencing system that offers high quality and excellent value. In addition, Optima is designed as a low-cost perimeter fencing solution for a wide range of applications that are not likely to be subjected to sustained abuse, including commercial sites, schools, industrial estates, and more.

The paladin style mesh panel is constructed of 4mm vertical wires and 5mm horizontal wires. In addition, it has V pressings along the length of the panel to provide lateral rigidity, further contributing to the system’s styling. As a result, Optima is ideally suited as a perimeter fencing system that is not likely to be the subject of sustained abuse.

Optima is so-called as it delivers the optimum combination of security, appearance, and value. In addition, the variable mesh pattern provides a demarcation fencing system with an attractive appearance.

Optima uses 3 metre wide panels, which reduces the cost of the system as it uses fewer posts, which in turn also makes the system quicker and easier to install.

The Optima system uses clips rather than clamp bars to fix the panels to the posts. This keeps the price down while not compromising quality. All Zaun posts/panels/gates and painted auxiliary components (for example, clamp-bars, slide bolts etc.) benefit from a protective zinc layer and electrostatically applied polyester powder coating to BS1722 p16. Care is taken with pre-treatment to ensure sound adhesion between the zinc and paint layers. In a UK C1 environment, as defined in ISO 12944 p2, this should provide a useful life expectancy of the fence of at least 15-20 years. Life expectancy in all environments can be extended by maintaining the fencing with regular washing. Useful life will be reduced if the fencing is damaged. Any coating damage should be repaired to minimise the effect on useful life.

Enhanced painting systems such as marine coatings are also available for improved life expectancy in C2-C5M environments. For a complete list of colours, click here. Panels may be stepped in increments of 30mm as required within the clamp bar system. However, it is recommended that the taller panels are either partially buried or other posts are used on steeper gradients. Pedestrian gates are single leaf 1.2m wide (or width to suit), framed in a 50mm x 50mm RHS with Zaun Optima mesh clad on the outside of the frame, with slide latch. Gate supplied with rubber bump stop and 2 x suitable gate posts.