Our contracts manager, Steve Hancock, recently became one of only three employees to notch up ten years’ service for the company. This achievement was celebrated during a presentation luncheon at the companies head office in the Midlands.

Steve was joined by members of the management team and staff from the manufacturing and central services teams to celebrate his achievement. Paul Painter and Alastair Henman – joint owners of Zaun Limited, presented Steve with a gift from the company to thank him for his efforts and commitment to working for the company.

Paul comments: “Steve joined the company when we worked out of a small factory in Birmingham in 2001. He joined the company with a lot of experience, as previously he had managed teams of employees for a specialist play and sports materials supplier, however as he sought a new challenge, he joined our dynamic team to assist in the development of our expanding business.”

Paul continued: “Over the years, Steve has done several different roles within the company, however throughout, he has championed development in our staff training and health and safety initiatives as well as successfully managing our contracts across the UK and Europe. Therefore, he has been instrumental in assisting the company in developing to where we are today, which is one of the UK’s leading manufacturers of fully integrated fencing systems. In the early days, we all did a bit of everything in the office, but as our business has developed, Steve has focussed much more on delivering high-quality schemes for our customers; however, he has always maintained a hands-on approach to his work, which has ensured our relationships with our customers, has been maintained. It really does give me a great deal of pleasure to be able to thank Steve today on behalf of all of Zaun’s employees for all that he has done for our company during the last ten years”. Zaun becomes Made in the Midlands member 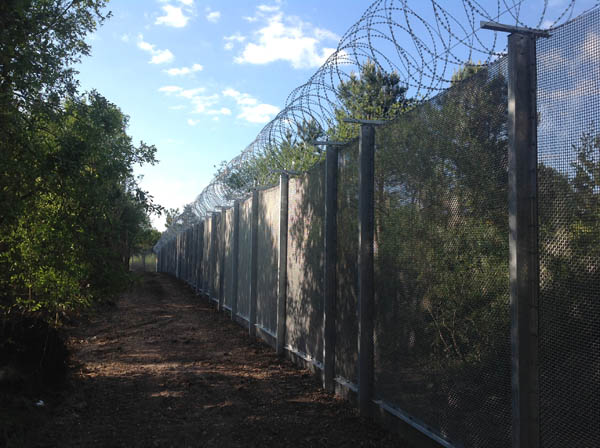