Zaun celebrates its 20th anniversary this month at the leanest, greenest and keenest point in its history.

The high security and perimeter systems steel fencing manufacturer has reached its china anniversary in rude health after bold investment decisions and innovations that sometimes ran against the grain.

Along with shrewd management, key contracts, clients and collaborators, and a relentless focus on the customer, this has enabled Zaun to grow year on year since launching into the UK fencing market in November 1996.

Co-founder and director Alastair Henman say: ‘Trading conditions have been tough for a fair proportion of those 20 years, so we have had to innovate, invest and add more value to keep ahead and busy.

‘Our ongoing investment in people, equipment and relationships has ensured we have the most modern machinery and production software.  This reduces wastage and speeds up production times, giving us the edge over the competition.

‘And contractors have witnessed the change in emphasis and our commitment to customer care and strengthening relationships and are consequently collaborating on more projects with us.’

The business began small in Rupert Street in Birmingham, importing mesh from Germany.

But a lack of space along with the lure of greater support from Wolverhampton Metropolitan Borough Council tempted Zaun to its current five-acre site on Steel Drive to the north side of the city at around the time when the dot com bubble burst, sending shock waves through other sectors of the investment community.

Next followed investments in the depths of the post-credit crunch slump in the 44,000 sq ft multi-million-pound Paul Holloway Manufacturing Facility that houses the world’s largest mesh weaving machine, producing ArmaWeave Zaun’s most intruder resistant product on the market.

The new production equipment coupled with the engineering brilliance of accomplished engineer Roberto Garziera – who has streamlined a series of processes and improved productivity and efficiencies in production – has helped make Zaun the leanest manufacturer in the perimeter systems market.

In recognition, he has been elevated to the Zaun board as technical director – together with promotions for Chris Rowen to operations director and Chris Plimley to sales and marketing director.

Henman concludes: ‘The political, economic, technological and social environments have changed beyond recognition in those 20 years, but we have invested in the belief we could produce innovative products our customers would want – and it’s kept us ahead of the curve.’ 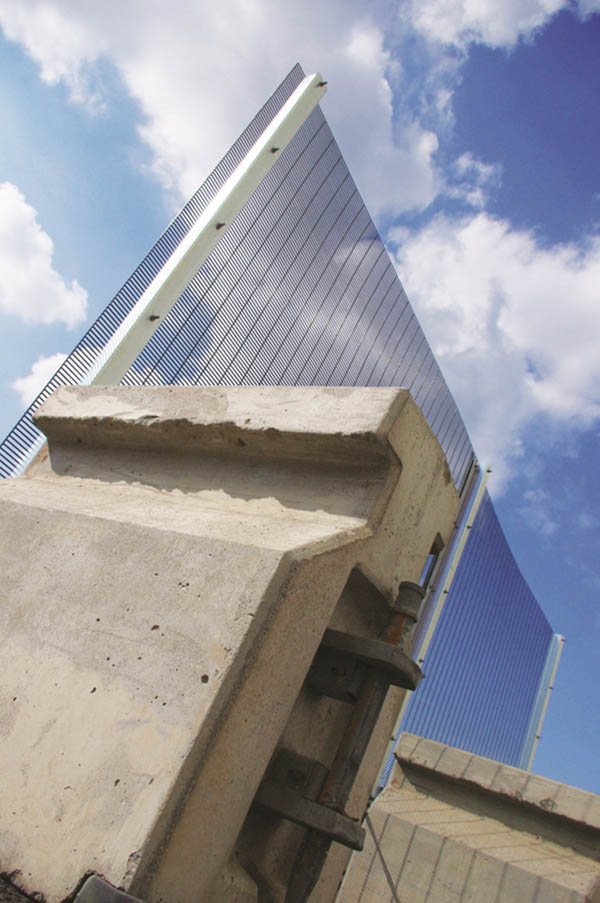