London Underground Limited (LUL) turned to the largest supplier of high-security fencing systems to the London 2012 Olympics to protect a site during construction works.

At the junction of King Edward Street and Newgate Street in London, the hoardings were supplied and fitted by Zaun to protect the workforce and equipment for two years while they refurbish a ventilation shaft to the Tube.

The hoardings employ MultiFence, a temporary high-security fencing system that we developed specifically for the London 2012 Games.

Zaun became synonymous with temporary security fencing when we installed the 20km boundary to the main Olympic Park, which included some intriguing 7.5m-high parapet fencing alongside the adjacent railway line, with a further 1.5km of fencing providing a ‘ring within a ring’ around the Olympic Stadium.

We have fitted gates and fencing at Kings Cross station with bolt-down posts and removable panels to provide comprehensive security with unrestricted access when needed.

We also supplied MultiFence to secure a site at the Bullring in Birmingham during recent construction works. 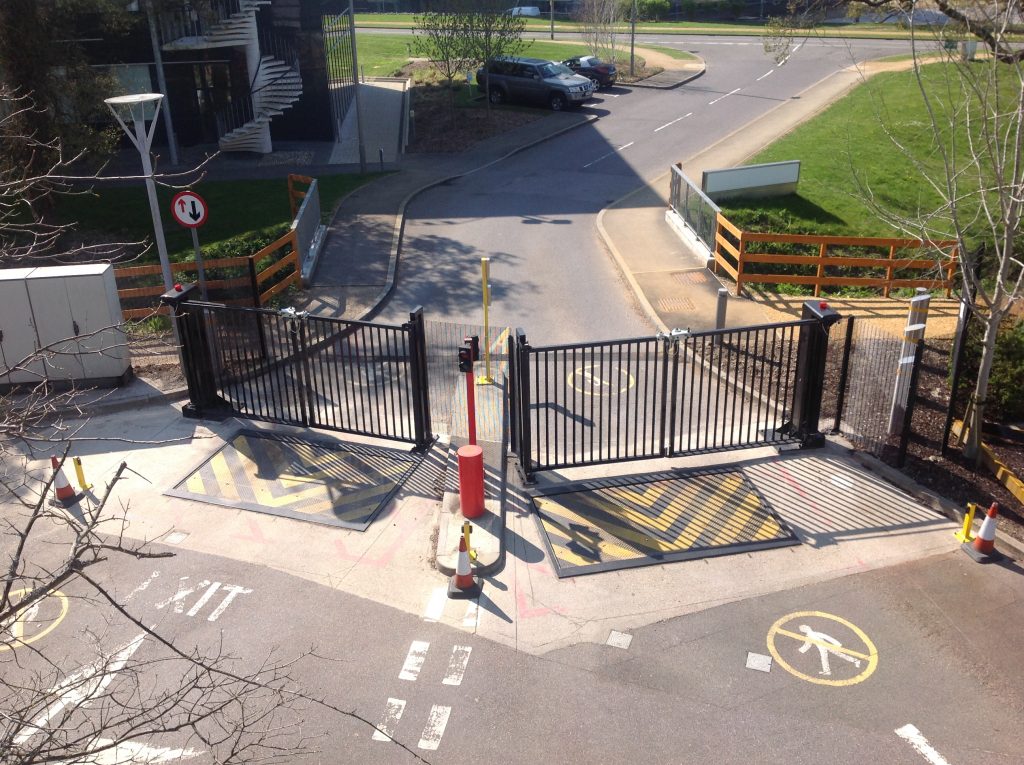