Converting the former Olympic Stadium to the London Stadium when it became home to the West Ham football club was a significant civil engineering feat. The landmark structure on the capital’s skyline initially cost £486 million when built to house the 2012 London Olympics.

A redevelopment between 2013 and 2016 to transform the Olympic monument into a football stadium for the Premier League club cost a further £323 million. The groundbreaking design included adding the most extensive cantilevered roof globally, powered by state-of-the-art technology typically used on North Sea oil rigs.

Additionally, the group installed 21,000 new retractable seats to bring fans in the lower tiers closer to the action, while they also added new catering facilities, toilets and executive facilities. The former Olympic stadium was almost totally rebuilt to create a 54,000-seat dual-use arena that would still be suitable for athletics.

How It All Began

The story of the multi-million-pound development began in 2003, when the award-winning architect, Lord Richard Rogers, suggested a new stadium to the then Prime Minister, Tony Blair, to support the UK’s bid to host the 2012 Olympic Games.

His idea was to create a stadium in Stratford that they would primarily use for football in the future, but with interim use as an athletics stadium as a vital part of the Olympic bid.

The scheme for the stadium at the Queen Elizabeth Olympic Park finally won approval in 2005, after former Olympic runner Lord Sebastian Coe pledged to keep the running track for athletics after the Olympic Games.

When Boris Johnson became Mayor of London in 2008, he loved the idea of the eye-catching project and pressed for clarity on its future use. Eventually, in February 2011, the West Ham football club was awarded the stadium, despite challenges from rivals Tottenham Hotspur and Leyton Orient.

West Ham was to be tenants rather than leaseholders, with a 99-year agreement being confirmed in March 2013. After the Olympic Games in 2012, work began to convert the stadium into West Ham’s home ground, while it was also to be used for athletics, concerts and other events during the summer months.

The project was funded through a joint initiative, with £148.8 million from the exchequer in 2010, almost £40 million from the Olympics’ budget, and additional funding from the Newham council, the government, the UK Athletics, the London Marathon Charitable Trust and the London Legacy Development Corporation.

West Ham football club paid £15 million towards the conversion cost, in addition to their annual rent. A joint funding venture between LLDC and Newham council meets the running costs.

As with all Olympic parks, security had to be tight. It was required that the fencing standard was a minimum of LPS1175 SR1 and Secured By Design approved. The SR1 standard fencing is manufactured to withstand an opportunist attack by physical force and stealth with tools including cable cutters, screwdrivers, pliers, bolt cutters, hand drills and other implements.

Secured by Design approval, Fencing meets the high standards of the UK’s official police security initiative, which was launched in 1989. It focuses on the design and security of private and public premises and car parks, enhancing crime prevention projects.

Zaun was commissioned to supply security stadium fencing and gates for the London Stadium. This included our Duo8 SR1 fencing for the perimeter. This double wire welded mesh fencing system is suitable for applications that require Secured By Design accreditation. Tested and approved by BRE to LPS1175 SR1 (A1), this perimeter fencing system features the same benefits as our standard Duo8 perimeter fencing system but with additional security, such as tamper-resistant clamp bars and fixings. The Association of Chief Police Officers has approved it as meeting the Secured By Design accreditation.

In addition, we also supplied our Super Rebound and Duo Sports Fencing for the sports pitch. It is a further development of the Duo Sports twin wire sport fencing solutions, designed for applications that have high usage for sports. It is ideal for use at sports pitches subject to high footballs, tennis balls, basketballs, hockey balls and more. It features a high density of double wires that will absorb the balls’ shock, so they are returned to play without delay. 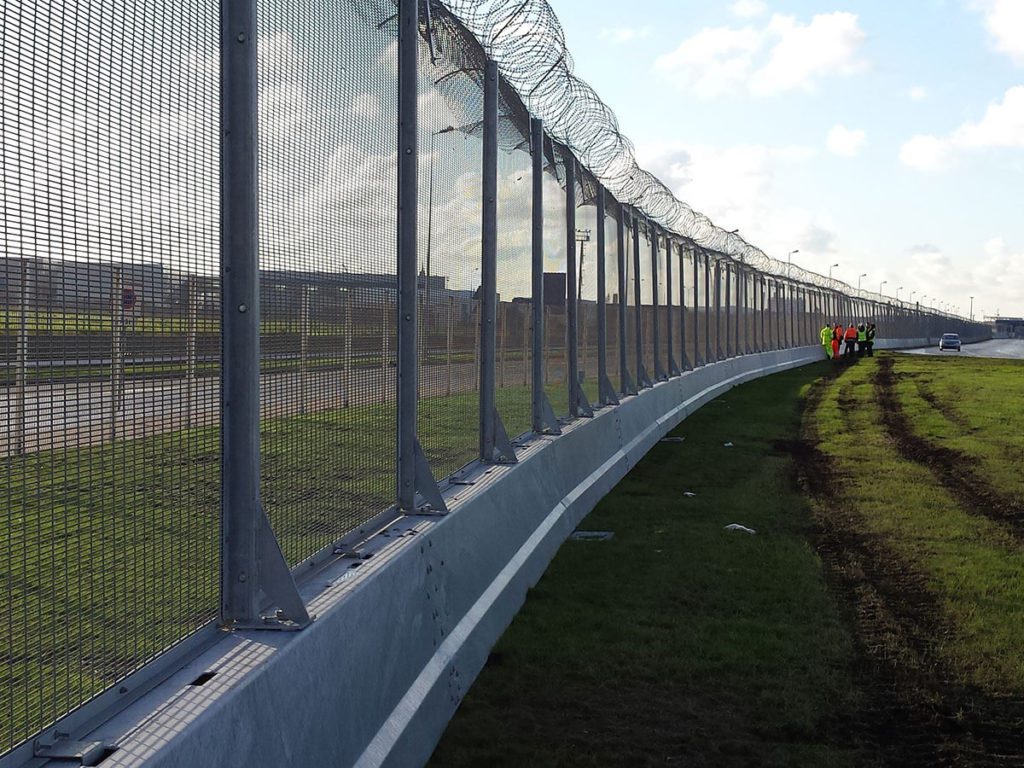