The plaudits keep on rolling for Zaun, with eight accolades arriving in as many weeks – for our Rapid Deployable System (RDS), Multi-Fence, HiSec Super10 fencing systems and the company as a whole.

Our gold run kicked off two months ago when our RDS won the coveted Security Innovation Award to kick off this year’s Security and Policing Exhibition.

RDS saves up to 90% of police time by uniquely providing hostile vehicle mitigation (HVM) up to 30mph (48kph) in a rapidly-deployed temporary fencing solution with no below-ground foundations – a solution generally offered only by permanent fixed installations.

At Counter Terror Expo (CTX), RDS went on to scoop two of the 13 categories – Best Physical Security Innovation and Best Security Partnership Initiative to Protect Events and Crowded Places – a feat not achieved by any other company or product.

Multi-Fence, another Zaun product, which we developed to provide temporary and permanent HVM at London 2012 Olympics venues, was alone in being Highly Commended in both categories too.

While at CTX, trade e-zine Security Industry E-Mag named us the Perimeter Protection Provider of the Year 2013.

But it’s not just industry awards judged by an eminent panel that we’ve been winning. We’ve also been putting our products through the toughest independent testing regimes to secure accreditations.

Our HiSec Super-10 has become the first single-layer high-security fencing system to gain SR2 certification and Red Book accreditation from Buildings Research Establishment, who have certified it to LPS 1175: Issue 7, Security Rating 2, certificate number 1164a/01.

The single-layer gives better through-visibility for security patrols, is far better-looking and is as simple to install as our standard 358 system, which makes a fully-installed system much cheaper than the competition. Great news for the water industry, which increasingly demands the SR2 standard.

Finally, we have become one of the three latest companies on the Verification Scheme of the Perimeter Security Suppliers’ Association, of which we are a founding member.

The scheme addresses the increasing concern from CPNI and others in the industry that safety standards should be raised and covers product risk assessment and developing a technical file as essential steps before CE marking. 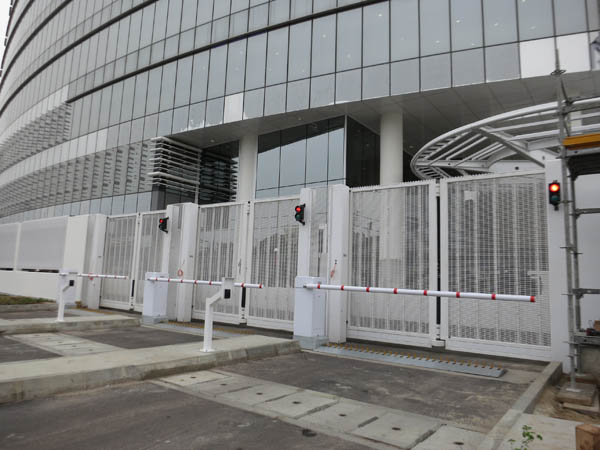