Wolverhampton-based fencing specialist Zaun is biting back against the recession after starting work on a new 50,000 sq ft extension to its current manufacturing facility on Steel Drive.

The new £5 million factory, which is due to be officially opened later this year, will double Zaun’s manufacturing capabilities and create around 30 new jobs for the area. The investment has been supported by the Regional Development Agency, Advantage West Midlands (AWM) through the Grant for Business Investment scheme.

Zaun has invited Ken Purchase, Labour MP for Wolverhampton North East, Emma Reynolds, Prospective Parliamentary Candidate and Jim Johnston, AWM’s Business Manager for the 2012 Games, to the site to see how the new factory development is coming along.

Ken Purchase MP, commented: “There’s no doubt that the West Midlands manufacturing industry has been hit hard over the last few years. However, the good news is the manufacturing sector is fighting back. The fact that businesses like Zaun are continuing to invest is excellent for Wolverhampton, our local economy and the wider region as a whole.”

In spite of the recession, Zaun has continued to grow year on year and the new manufacturing facility will help the company meet increasing demand for fencing solutions, particularly in the high security market that is rising in importance to protect the UK’s critical national infrastructure.

Zaun has also won a multi-million pound contract from the London 2012 Olympic & Paralympic Games to design, manufacture, supply and install a new high security fence and gates around the 10.5 mile perimeter of the Olympic Park, in East London.

Jim Johnston at AWM, said: “The 2012 Games offer a huge number of opportunities for West Midlands businesses, and Zaun successfully bid for the fencing contract through the ‘Compete For’ procurement system. The company is a shining example of how manufacturers are bucking the economic trend and we are pleased to be working with them.”

Alastair Henman, Joint Managing Director of Zaun, says it’s a really exciting time at the company: “The extension will increase Zaun’s productivity, boost job opportunities in the area and help retain manufacturing in the UK. Part of this current growth stage will also see the installation of an innovative type of fencing mesh machine. This will be the largest machine of its type in the world, which will ultimately set the benchmark in the fencing industry. 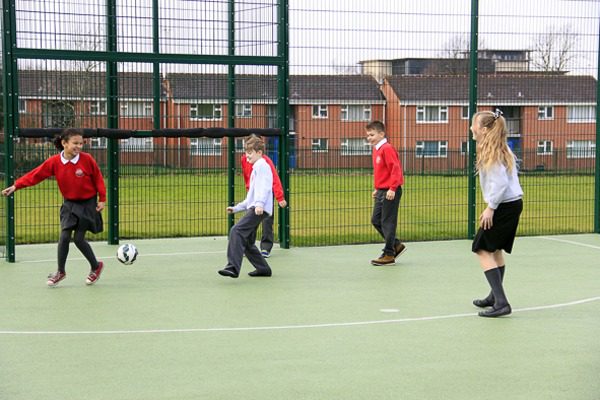