A landmark mixed-use development in Nigeria has been secured by the latest British perimeter technology. Crash-tested bi-folding speed gates with inlaid security mesh panels have been installed at Nestoil Tower on Victoria Island, Lagos, along with crash-tested bollards and blockers.

The building form was created using gently curved surfaces of high-performance glass with horizontal tubular details, which accentuate the sweeping effect of the curved façade.  The arced curtain walls are further defined by a surround of solid white metal panels to complete the contemporary composition of this building.

Cova was tasked to provide secure vehicle and pedestrian access and protect access from the gatehouse for staff entrances and exits at different areas and around the main building. The gates were clad with steel fencing manufacturer Zaun’s Super10 steel mesh to add to the security of the gates.

Cova’s design team manufactured each product bespoke to the client’s specific requirements for the project because of the weight and material of the mesh to ensure PAS68 test standards were fully met and foundation requirements, speed of opening and closing, and power control were all as specified.

All gates and turnstiles were finished in ‘Signal White’ to blend in with the tower’s design and the fence line.

Cova filled three 40ft containers for shipping to Nigeria with all products tested before leaving the factory as part of its ISO9001 process and Julius Berger-appointed auditors.

Installation was arduous and fraught with difficulties, but once completed, a Cova engineer provided full training to the Nestoil Tower security team on how to operate the gates, blockers, barriers and turnstile daily to correctly implement protection in the event of a terrorist vehicle attack. 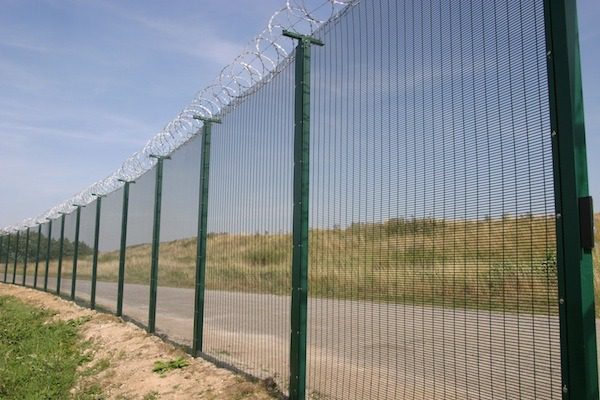