Two innovations have made the premier rapid-deploy perimeter protection system even quicker to install.

RDS has been the firm favourite with police for securing party conferences since it saved up to 90% of police time and proved its rapid-install-with-high-security credentials during a whistle-stop tour from Brighton to Birmingham via Manchester for the three main UK political parties’ autumn conferences in 2012 and at the G8 summit in Northern Ireland in May 2013.

The new QuickFit post system, fixed to SecureGuard concrete blocks from Highway Care Security, halves the workforce for installation, with a team of two able to install a 30m run in just half an hour in trials.

Opposing wedge-shaped protrusions on the posts and clamp bar serve as a pincer system to clamp the fence panels to the posts.  They are locked in place with a single bolt fixing per post with the bolt’s head completely encapsulated inside a tube so it cannot be removed.  Zaun’s research and development team has created a video to demonstrate the innovation.

Harper Chalice’s RapidSecure plug & play PID system is the rapidly deployable version of FenceSecure, an approved solution for high security and government applications that have been deployed successfully on many high-profile projects.

RapidSecure takes that same technology and proven performance and can be utilised on a rapidly deployable fence.

It detects intruders cutting and climbing the fence fabric to provide early warning of attempted breach of the perimeter and quick organisation of the relevant response.

When integrated with CCTV, the solution can provide complete protection and monitoring of a secure boundary reducing the need for security patrols and allowing more centralised or focused response teams.

The overall flexibility and simplicity of installation mean that the system can be operational and quickly protect against intrusion.  It also makes for easy moving and redeployment, perfect for temporary construction or road works requiring a high-security solution. 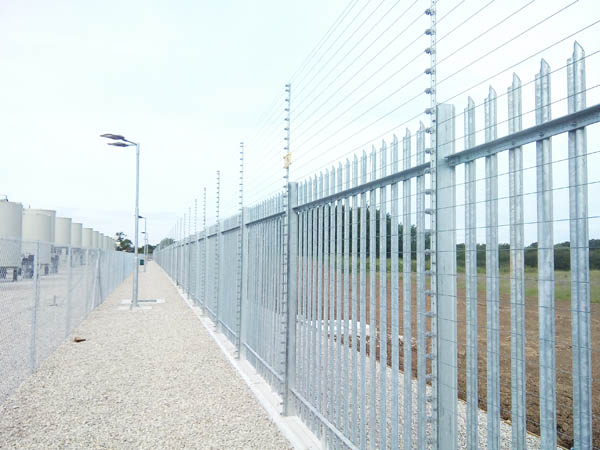