The refurbishment of the pitch was thanks to investment from the Premier League, Government and The FA. The school received a £367,235 grant from the Football Foundation and also put in £90,000 from school funds to make the project happen.

The pitch, originally installed in 2010, was closed in 2017 due to its rapid deterioration. This closure meant that partner clubs had to move to a different site for matches and training; a great inconvenience for the school and community. The refurbishment has allowed both clubs to return to the pitch, providing them with a site to develop their growth as players.

Zaun was contacted to provide fencing for the new 3G pitch, ensuring the safety of players and students. With three types of fencing installed around the pitch: the super rebound, duo sports and spectator rails.

The Zaun Super Rebound Fencing was developed as a replacement for traditional wooden boards. This system is ideal for areas that have high usage of sports making it perfect for the 3G pitch. The fence is designed to feature a high density of double wires which absorbs the shock of balls and returns them into play without interruption. The robust rebound mesh of the fence has the same quality of a traditional wooden board but with many other advantages.

The Duo Sports fencing system was also used as it is designed for both light and heavy usage courts and pitches. This fence has been developed to overcome the annoying rattling noise that can occur during play. The mesh pattern is strong and vandal resistant while minimising noise.

Spectator rails were installed at the pitch to improve safety for both players and spectators. The fencing creates a safe area around the perimeter which provides an appropriate barrier between the crowd and the game. The mesh infills of this fence are supplied with EPDM rubber inserts which insulate the panels from noise and vibrations.

The new pitch and its fencing provide Birchwood students with a safe and high-quality space to use for PE lessons and sports events. Moira Bryan, the headteacher at the school, said:

“We are absolutely delighted that through support from the Premier League, The FA and Government we are able to open our new 3G pitch. Our young people in school, the local community and grassroots sport in Warrington will all be able to benefit greatly from this facility.”

Zaun are fencing experts and have completed many high-profile installations in recent years. For more information about their services, get in touch today. 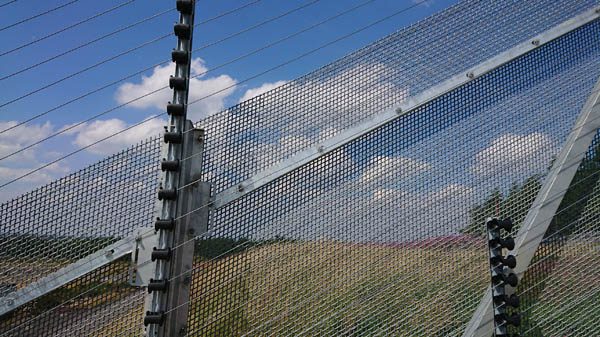