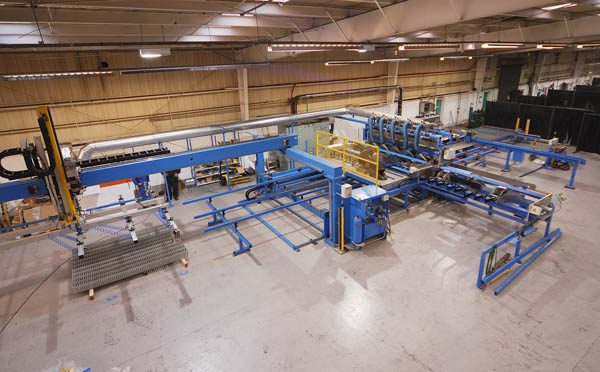 Over the past year, a string of production equipment acquisitions has helped make Zaun the leanest manufacturer in the perimeter systems market.

While the introduction of accomplished engineer Roberto Garziera as production and factory manager has streamlined a series of processes and improved productivity and efficiencies in production.

Co-founder and director Alastair Henman said: ‘Trading conditions have been tough over the last few years, so we have had to innovate, invest and add more value to keep ahead and busy.

‘Our ongoing investment in people, equipment and relationships has ensured we have the most modern machinery and production software. This reduces wastage and speeds up production times, giving us the edge over the competition.’